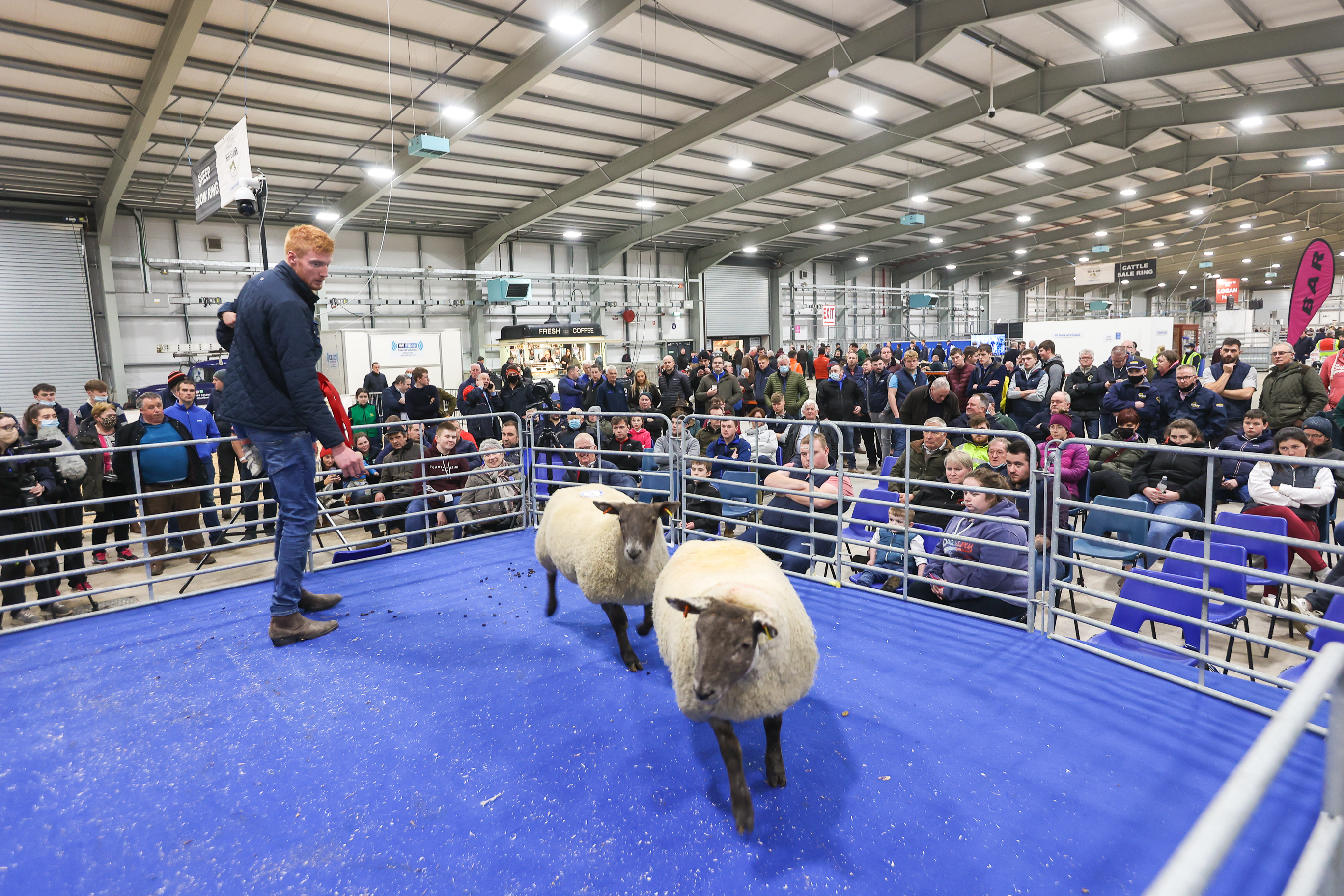 With a record number of entries for 2021, an unrivalled turnout of beef cattle competed for renowned Championship titles. The highly sought-after title of Supreme Champion of the 2021 show was awarded to JCB Commercials from Crossgar. On the night a new trophy in memory of Sam Milliken was revealed and JCB Commercials were the inaugural recipients as they held the title of the top priced animal of the Show selling their champion Limousin sired heifer for £7,500.

Richard Primrose, Agri Manager for principal sponsor Bank of Ireland UK commented, “We are very proud to partner with the Royal Ulster Agricultural Society for another year to host this prestigious show and sale. This year’s event proved to be a great success with the hybrid approach of both in-person and online with the live stream, reaching an even bigger audience and ensuring that we were able to connect even more buyers and sellers on the night. We’re delighted to play a role in this popular event and furthermore, continue our support to all of those working in the beef and sheep industries.”

Rhonda Geary, Operations Director, RUAS commented, ‘‘We were delighted to open our doors once again for the fourth Royal Ulster Premier Beef & Lamb Championships in partnership with principal sponsor Bank of Ireland. With a record number of entries and record-breaking prices, we are delighted with the success of the 2021 Championships at Balmoral Park. Once again our exhibitors pulled out all the stops showcasing an unrivaled selection of beef cattle and lamb and the most prestigious fatstock show and sale of the year.

She continued “We are thankful to have the generous backing of our principal sponsor Bank of Ireland and we would also like to extend our thanks to the local cattle and sheep breed clubs and societies, who supported the Championships and kindly contributed towards the prize fund.’’

Throughout the day, the Championship was streamed live online where thousands of viewers were able to enjoy the spectacular show of beef cattle and lamb classes as well as the highly anticipated auction later in the evening. For those who missed out on the action from the show and sale, they can view it again online on the Royal Ulster Premier Beef & Lamb Championship You Tube channel and Facebook page.

Full results from the Championships can be viewed online at www.beefandlamb.org.uk.