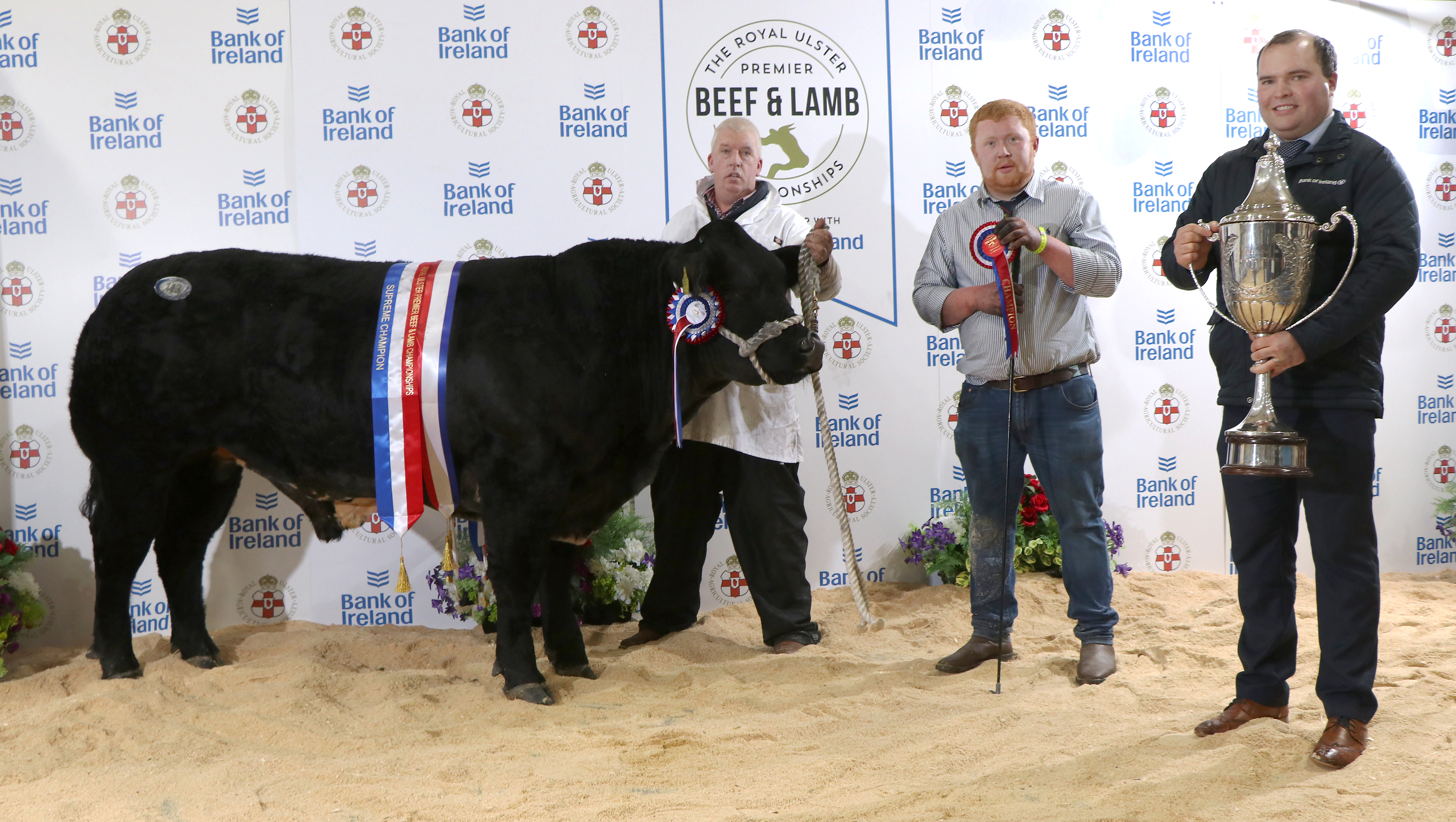 This year the popular show and sale took place behind closed doors due to COVID-19 restrictions. Throughout the day, there was a live stream available through the Championship’s Facebook page and YouTube channel where online visitors were able to enjoy the spectacular show of beef cattle and lamb classes as well as the highly anticipated auction later in the evening.

Richard Primrose, Agri Manager for principal sponsor Bank of Ireland UK commented, “We are very proud to partner with the Royal Ulster Agricultural Society for the third consecutive year to host this prestigious show and sale. This year’s event proved to be a great success and the new online approach with the live stream and bidding system helped connect buyers and sellers on the night to an even bigger audience this year. We’re delighted to play a role in this popular event and furthermore, continue our support to all of those working in the beef and sheep industries.”

Dr. Alan Crowe, RUAS Chief Executive commented, ‘‘The RUAS was delighted with the success of the third Royal Ulster Premier Beef & Lamb Championships at Balmoral Park. This year the exhibitors pulled out all the stops by exhibiting a fantastic selection of livestock at our popular show and sale. The quality of this livestock was reflected by some of the top prices that were paid by buyers on the night.

Due to COVID restrictions, the RUAS brought the Championships online with hordes of people signing in to view and bid on champion livestock throughout the day. We would like to thank all our exhibitors and buyers for complying with the guidelines in place and for helping to make this event the success that it was.

He continued “We are delighted to have the generous backing of our principal sponsor Bank of Ireland and we would also like to extend our thanks to the local cattle and sheep breed clubs and societies, who supported the Championships and kindly contributed towards the prize fund.’’

Full results from the Championships can be viewed online at www.beefandlamb.org.uk. For those who missed the show and sale, this can be view again online from the Royal Ulster Premier Beef & Lamb Championship You Tube channel and Facebook Page.