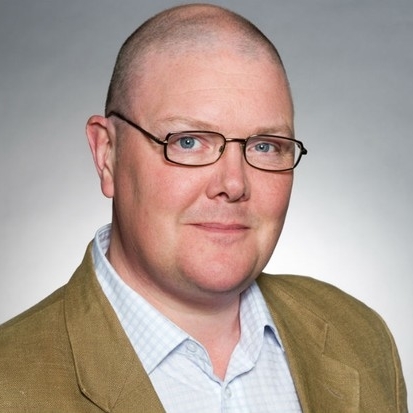 The stage is set for the Blackhorse N.I. Motorcycle Festival at the Eikon Exhibition Centre in February, when Emmerdale star Dominic Brunt will be among the special guests.

The Cheshire actor plays vet Paddy Kirk on the much-loved ITV soap and the 47-year-old – a huge motorbikes fan – has jumped at the chance to indulge his passion at the three-day motorcycling extravaganza, which takes place from Friday, February 2nd to Sunday, February 4th. Joining Brunt on the guest list are top racers Lee Johnston, Alastair Seeley, Keith Farmer and John McGuinness plus other, who will be on hand to sign autographs and mingle with the fans.

Ulster Grand Prix ‘Man of the Meeting’ Peter Hickman has also been confirmed in recent days.The Louth man had a season to remember as Hickman claimed five podiums from five starts at the Isle of Man TT before chalking up a treble of wins at Dundrod. Hickman has signed with the Smiths Racing team for a second season to contest the British Superbike Championship and the international road races.

New Honda Racing signing Johnston and North West 200 record-breaker Seeley will engage in some early season rivalry when they line up for some fun pit bike racing outside the venue, with Ballymoney’s Seamus Elliott also taking on the challenge.

Tickets to the festival are priced at £12/€12 for adults, £6/€6 for OAPS with under 16’s going free. You can buy tickets by calling 02870 351199 or paying on arrival. Parking is also free at the Eikon Exhibition Centre. Free shuttle buses will operate from Lisburn Train Station on constant loops to the venue.

Sunday - Not available due to filming commitments