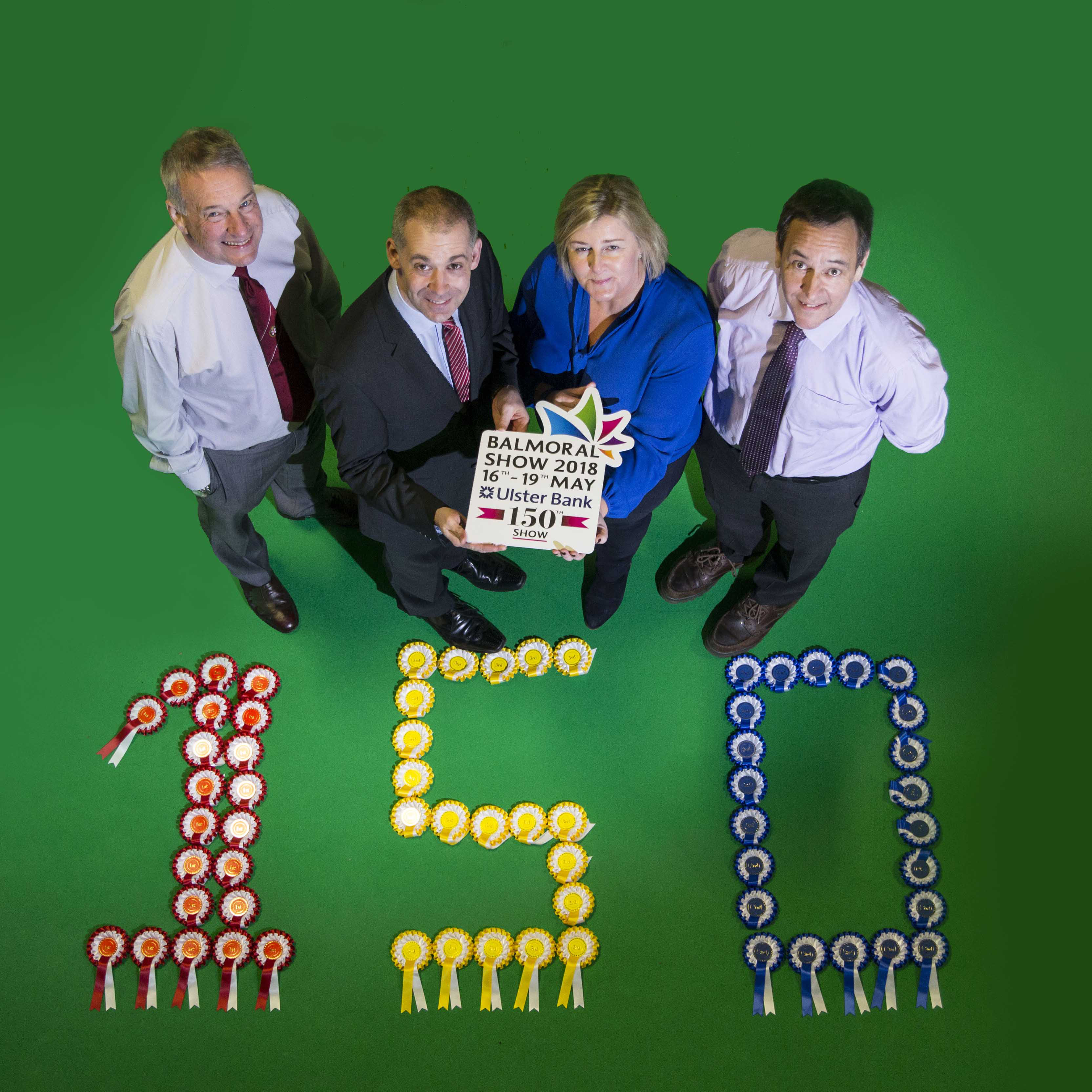 Building on the success of last year, the first four-day Balmoral Show in recent years, the Royal Ulster Agricultural Society (RUAS) and Ulster Bank have officially kickstarted the countdown to this year’s landmark 150th Balmoral Show. Returning to the Eikon Exhibition Centre and Balmoral Park from May 16-19, the 2018 Balmoral Show promises its largest show to date.

The four-day event will feature more than 650 trade stands, the NI Food Pavilion featuring the best of local food and drink producers, hundreds of competitions and classes, and a wide range of family entertainment and attractions. The second consecutive year that the agricultural event has spanned four days, this year the show will also be extending its footprint with an additional 4,000 sqm of exhibition space. Replacing the former cattle marquee, a new, permanent covered exhibition space will be erected and will house the cattle at this year’s Show.

To commemorate the show’s 150th year, a special anniversary marquee will host an exhibition of photography, souvenirs and artefacts from a bygone era of agriculture and farming in Northern Ireland complete with a walkthrough timeline taking visitors through the years. Colin McDonald, RUAS Chief Executive, said:

“We are delighted to officially kick-start the countdown to Balmoral Show 2018, this is a very special year as we celebrate the 150th Show, a landmark we are very proud of. Following on from the success of last year’s four day event, which saw visitor numbers reach an all-time high, we are excited to once again extend the Show to four days. With the increase in size and scale of the Show, new attractions and our 150th anniversary plans, 2018 is shaping up to be a big year. We are thrilled to have Ulster Bank on board again as our principal sponsor, their support has played an integral role in enabling us to grow the Show.”

“With the 2018 show just three months away, everyone at Ulster Bank is once again looking forward to Northern Ireland’s largest agriculture event. It promises to be a momentous showcase celebrating Balmoral Show’s rich 150-year history. Each year the show continues to further cement its appeal with our local food, drink and agriculture industries as well as farming and rural communities. But we are also beginning to see widening interest in the show from young, metropolitan audiences – a trend which we hope to see increase in years to come. As the show celebrates its 150th anniversary, Ulster Bank will also celebrate its 10th year as Balmoral Show principal sponsor and our many decades of involvement in the show. We are very excited about this year’s show, and its ongoing crucial role in the advancement of the agri-food industry, and we are looking forward with anticipation to welcoming visitors to Balmoral in May and demonstrating the meaningful help available through Ulster Bank for the agri-food sector and beyond.”