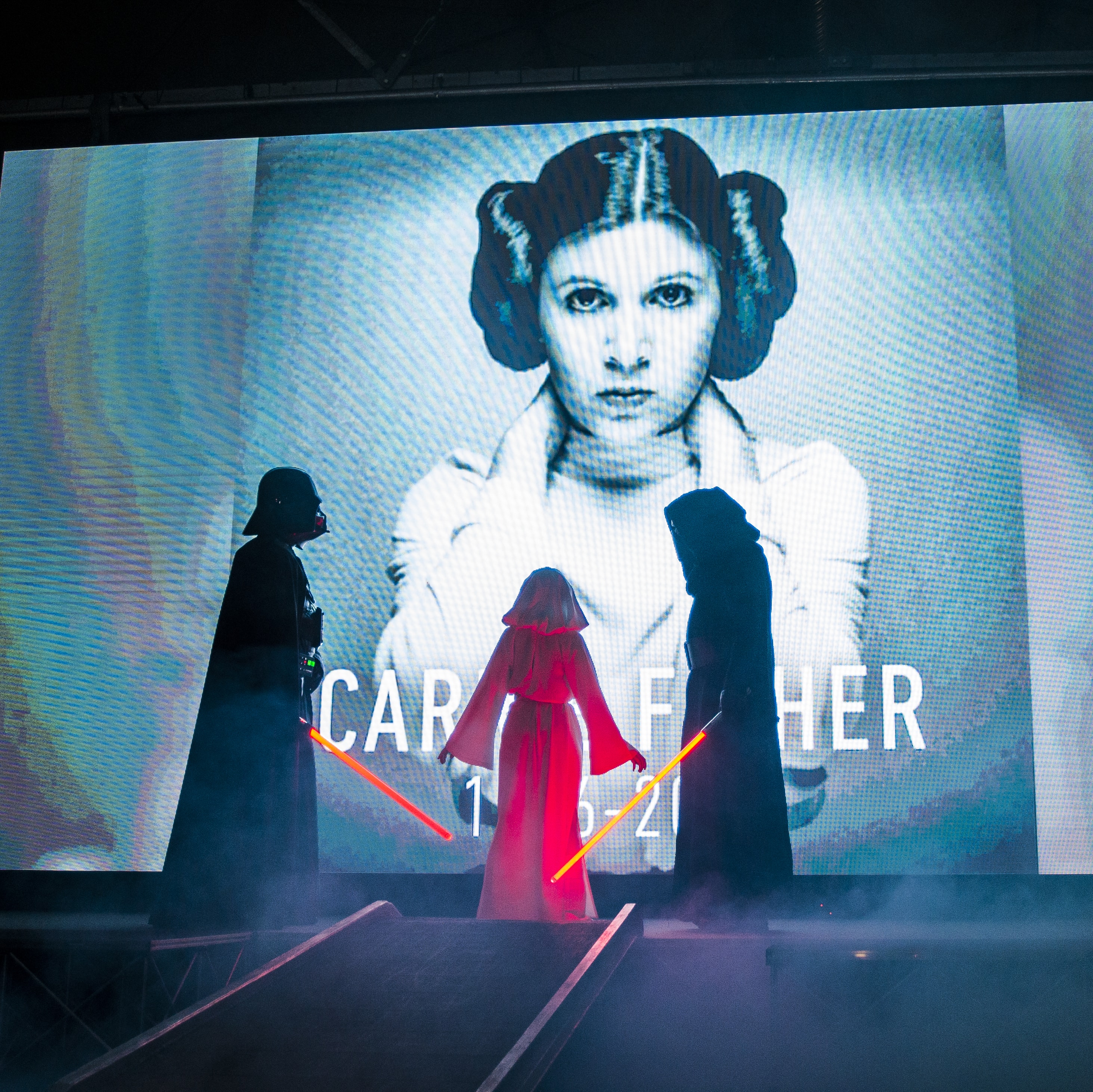 Check out this unbelievable video, capturing the Grand Finale at Invasion N.I on the 18th & 19th February.

Thousands were in attendance for this Star Wars and Heroes & Legends spectacular where Eikon and the Emerald Garrison provided a show to remember for the ages!

The event was run in aid of Make-A-Wish and attendees were treated to a full imperial march by Darth Vader and his stormtroopers which ends with a touching tribute to the two Star Wars actors.  (Tribute Starts at 4:15)